STUDIES AND AREAS OF SPECIALISATION

During more than thirty years of clinical work Prof. Alessandro Mauro has gained experience in all the areas of adult Neurology and, in particular, in the diagnosis, treatment and rehabilitation of neurodegenerative diseases (Parkinson's Disease and Parkinsonism, dementias, hereditary ataxias, etc.), Multiple Sclerosis, cerebrovascular diseases, sleep disorders and various rare diseases (including, Familial Amyloidotic Neuropathies and cerebral autosomal dominant arteriopathy with subcortical infarcts and leukoencephalopathy (CADASIL)). The Unit directed by Prof. Alessandro Mauro includes 15 beds in Neurology and 25 beds in Neurorehabilitation for persons suffering from the whole variety of adult neurological pathologies and from the respective sequelae or consequences.

The main fields of research in which Prof. Alessandro Mauro has been involved from 1977 to the present day are as follows: Clinical Neurology, Neuropathology and human and experimental neuro-oncology, neurogenetics and Molecular Neuropathology of degenerative diseases (Parkinson's disease, amyloidotic polyneuropathies, neuropathology cerebral autosomal dominant arteriopathy with subcortical infarcts and leukoencephalopathy (CADASIL), experimental Neuropharmacology, Sleep Medicine and Neurorehabilitation.
Prof. Alessandro Mauro is the author of more than 150 scientific articles published in indexed International journals, numerous chapters in books and the two editions (1993 and 1997) of the monograph "Brain Tumors", Springer - Berlin in collaboration with D. Schiffer, Mt Giordana and R. Soffietti. Prof. Alessandro Mauro is the co-author, together with R. Mutani, L. Lopiano, L. Durelli and A. Chiò of the neurology text: “Il Bergamini di Neurologia” Edizioni Libreria Cortina, Turin, 2011.
Prof. Alessandro Mauro is a member of national and international scientific societies, including, the Italian Association of Neuropathology and Clinical Neurobiology (AINPeNC) of which he was President from 2011 to 2013 (current past-president and a member of the Board of Governors). 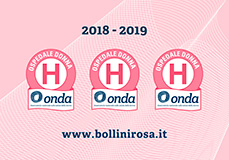